Astronomers have created a movie depicting a decade in the life of stars, galaxies and other objects within the telescope’s reach.

NASA has published a 12-year time-lapse of the entire skycaptured by the NEOWISE telescope, featuring the evolution of fascinating cosmic objects like brown dwarfs and even black holes.

NASA’s NEOWISE, or Near-Earth Object Wide Field Infrared Survey Explorer, orbits about 500 kilometers above the Earth, constantly looking at the sky and contemplating the universe. And every six months, NEOWISE makes a trip around the Sun, taking images in all directions.

Taken together, these images form an all-sky map that shows the location and brightness of hundreds of millions of objects, NASA explains in a press release. So, thanks to the 18 all-sky maps produced by the spacecraft, scientists have created what is essentially a time-lapse movie of the sky, revealing changes spanning a decade.

According to NASA, the results, beyond being amazing for us, are an invaluable resource for astronomers to try to better understand the universe, since the comparison of the maps can reveal distant objects that have changed position or brightness over timewhich is known as astronomy in the time domain.

They discover new exoplanet “Marshmallow”: It has a very low density and ultra fluffy

“The universe is a really active place”

“If you go outside and look at the night sky, it may seem that nothing changes, but it doesn’t.” says Amy Mainzer, principal investigator for NEOWISE, in the press release. “Stars burst and explode,” she added. “Asteroids whiz by. Black holes rip stars apart. The universe is a really active and busy place.”

Despite the activity of the universe, most of these events pass unnoticed by the naked eye. Therefore, NEOWISE captured the infrared light emitted by these cosmic bodies by reusing the infrared sensors on board its predecessor, WISE (Wide-field Infrared Survey Explorer), launched in 2009.

WISE, designed to look beyond our solar system, ran out of the coolant needed to maximize the sensitivity of its detectors in 2011, Space.com reports. As the ship was still in good health and two of its four infrared detectors were still operating at higher temperatures, the medium continues, NASA reoriented the mission to focus on closer objectsmainly comets and asteroids orbiting the Sun. 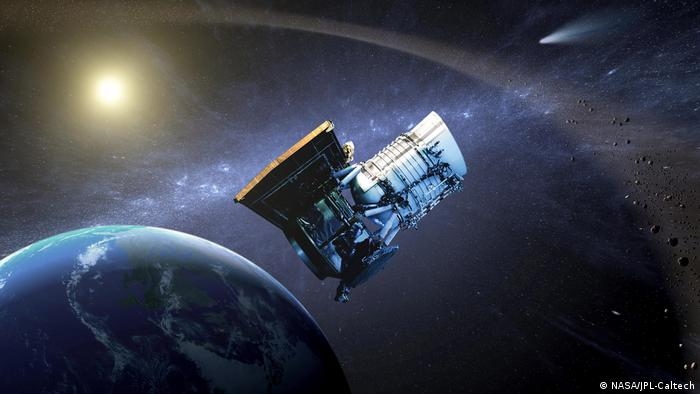 NEOWISE and its predecessor have proven indispensable to recent studies of the universe. In 2012, for example, he discovered millions of supermassive black holes in distant galaxies. And in a recent study, scientists used NEOWISE data and a technique called echo mapping to measure the size of disks of hot, glowing gas that surround distant black holes, which sThey are too small and distant for any telescope to resolve.

Furthermore, in 2020, NEOWISE was also used to study brown dwarfs, which are essentially estunted stars that never gained enough mass for nuclear fusion.

“We never anticipated that the ship would be operating for so long, and I don’t think we could anticipate the science that we would be able to do with this amount of data.”WISE project scientist and NASA astronomer Peter Eisenhardt said in the statement.