In the last hours, information has appeared about the recently presented graphics cards from AMD, the RX 7900 XT(X). In which, according to the same due to a design error coupled with a very tight release schedule, han ended up with a design with a lower clock speed than planned. Is it true or, instead, is it disinformation in order to boycott its launch? Let’s find out.

One of the big problems with information leakers is that they tend to add elements of their own harvest along with the few numbers that companies pass them to inform about a future product. In the end they themselves catch their fingers with their lies. However, they can be petty enough to say that one of their invented rumors if it doesn’t come true is the fault of the designer or manufacturer of the chip.

Everything has started in the last hours with a simple tweet, without support from AMD itself, in which it is said that the Navi 31 chip needs to be redesigned due to the fact that the clock speed and consumption curve is wrong and despite to what the architecture could reach 3 GHz, it stays at 2.9 GHz under a consumption of 450 W.

Which is paradoxical if we consider that one of the things that AMD has been pursuing for three generations now is to improve performance per watt. And one way to do this is to get higher speeds at the same voltage or the existing ones at lower voltages. The point is that extraordinary claims require evidence of the same caliber and we cannot, at least until the launch date, pick up an RX 7900 XT(X) and check if the information is correct. In any case, a redesign would cost them between 9 and 12 months, enough for a RX 7950 XT(X) or who knows, a RX 8900 XT(X) based on RDNA 3+. So it would not be something that they could solve in a few weeks or months. 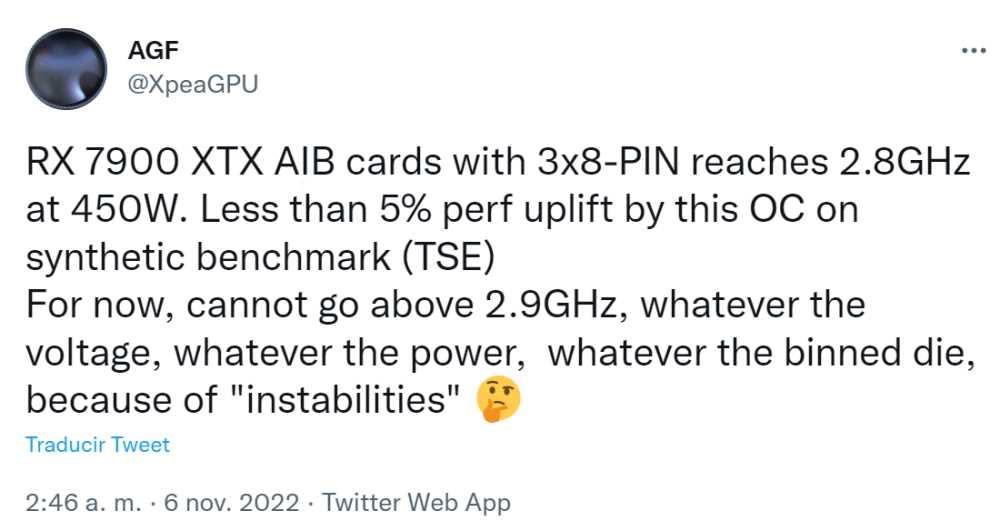 Should they be faster than they are?

The larger a chip, the lower its clock speed, since the time it takes for electrons to flow from one end of the chip to the other increases. The fact of disaggregating a chip into several “chiplets”, chiplets in English, in a disaggregated way not only has the effect of reducing manufacturing costs, but also allows higher clock speeds. Officially, AMD has given only the Game Clock, 2.3 GHz, which is higher than the 2 GHz of the RX 6900 XT, but we must bear in mind that we have a more advanced manufacturing node. TSMC “5nm” vs “7nm” and a smaller chip.

However, this is a simplistic view and does not take into account an element that is a product of making a chip disaggregated and increasing the communication distance between parts of the GPU or graphics chip.

What limits the clock speed of these graphics cards?

The explanation is found in communication between GCD and DCMs. And it is that when you move data out of a chip, the energy consumption increases when the distance is greater. This is the cost to pay for having chiplets. The solution in the future? The big three are investigating optical interfaces for it. Logic tells us that this is why NVIDIA would have gone with a monolithic solution, the fact that they would be limited in clock speed by the consumption of data speed

In other words, the Taiwan foundry has had to create a kind of packaging so that at these data transfer rates the energy consumption does not skyrocket and even then it takes a part of the total power assigned to the GPU. In any case, this does not prevent AMD from revising its RDNA 3 GPUs to make them more efficient throughout the commercial life of the architecture. Especially if we take into account that we have already seen it with RDNA 2 and the different versions of the RX 6000. 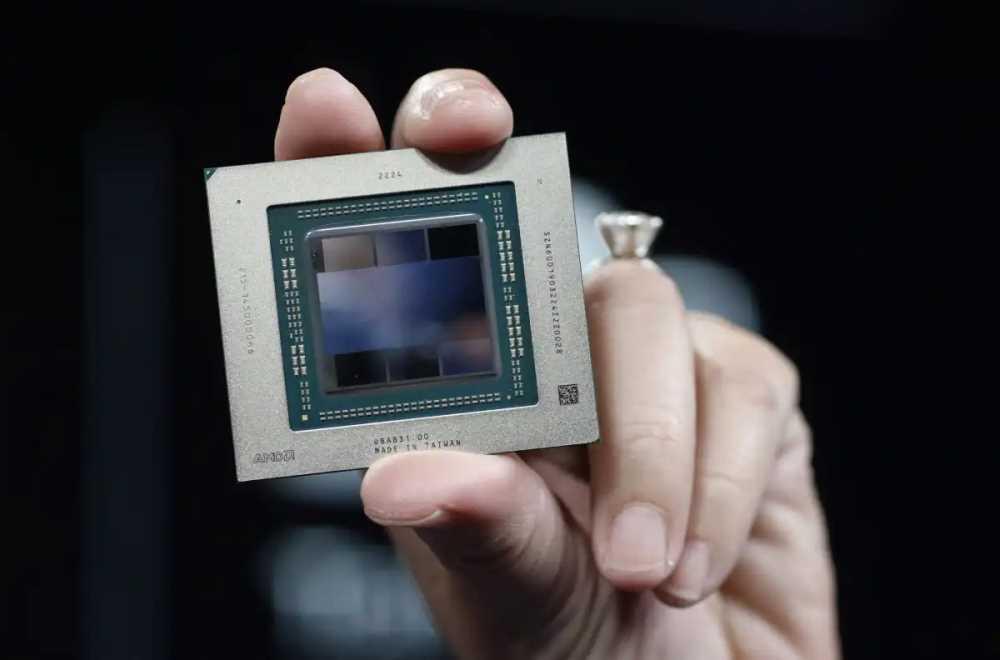